Football and anxiety go hand in hand, especially if you’re a Sheffield Wednesday supporter.  The highs and lows of the last 18 months, as The Owls engineered a promotion push to lose out to Hull City in the play off final in May, the stuttering start to the current campaign and the uncertainty of the transfer windows, are enough to have even the most unflappable of fans biting their fingernails down to the quick. Surges of adrenaline, palpitations and a roller coaster of emotions are common occurrences at football grounds around the globe as fans gather in their hundreds and thousands to cheer on their team with an abundance of passion, optimism and anticipation.

So, feeling a tad anxious, as a football fan, is to be expected. It is something you simply become accustomed to, as year on year you follow your team, home and away. So, what is it like to be a football supporter with excessively high levels of anxiety and how does it impact on your relationship with the game as a whole?

I can only speak from personal experience and I feel speaking up is key as anxiety and panic issues are not spoken about enough, especially amongst men. A club’s fan base is a community and social media offers a platform for the collective to talk and share ideas as well as establish friendships. So I am making the decision to share my thoughts amongst our fan base, to encourage others, as it’s good to talk. 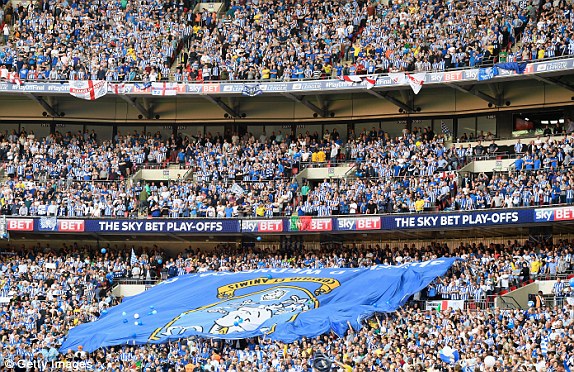 The main way anxiety impinges on me as a football fan is that it stops me wanting to attend games. I miss 95% of matches because it simply isn’t enjoyable anymore. Going to games is supposed to be an exciting occasion but for me when I’m in a stadium, I’m not thinking football, I’m thinking anxiety. It’s not will Hooper score. It’s will I have an anxiety attack. It’s not will Wednesday win. It’s will I embarrass myself in front of thousands of people. An example is Norwich away this season. Me and a friend went and I watched the majority of the game behind the stand as the anxiety had kicked in. It doesn’t just affect the person with anxiety, it affects those around them too.

Many of the readers of my blog will know that last season I was privileged enough to attend Sheffield Wednesday’s pre match press conferences at Middlewood Road.  A chance to meet the players and the head coach, Carlos Carvalhal.  For most people this would be a nervy but exciting encounter. Being able to sit around a table and listen to players and the head coach give their thoughts on the next fixture is something not many get to do. For me it was more of an uncomfortable experience, although there were moments that were enjoyable. Football writing was a real passion of mine and this was the perfect chance for me to gain experience and to make progress but the anxiety held me back.

Now, some people will be thinking “just get on with it” or “man up” but it really is easier said than done. Only those who have or have had anxiety, truly know just how much it impacts on you as a person. The problem is, there seems to be a stigma around it as it is classed as a mental health issue. This stops people, especially men, talking about it. Anxiety and panic is common, more common than people will think. Sharing stories of the symptoms you get is probably not helpful but being able to offer support in a pro active and positive manner is. 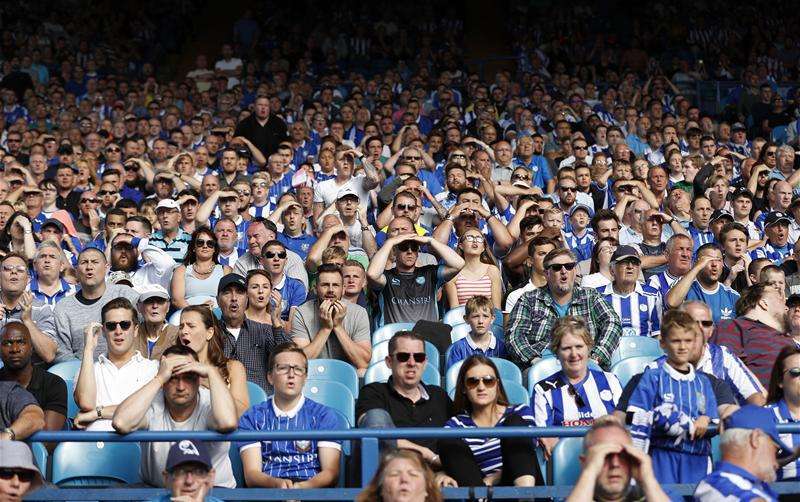 Football, although at times an uncomfortable experience, has in some ways provided a welcome distraction from the annoyance that is anxiety.  To completely detach from it’s grip on you, you need to be able to focus on something else completely. That for me is football and will be for many others. Blogging is great as it requires your full attention. You’re concentrating on what you are writing, whilst doing research and sourcing information. Talking about football and more specifically talking about the team you support is also a way to divert your mind. I did a few Periscopes over the summer and this was a good escape for me. Interacting on social media can also provide a bit of welcome relief too. It proves football can have a positive effect on those suffering with mental health issues.

Going forward, it would be great to see people talking more about subjects like this. Which will, in turn, create more awareness. That would lead to others having a better understanding and being able to offer support to those who need it.

This website uses cookies to improve your experience while you navigate through the website. Out of these, the cookies that are categorized as necessary are stored on your browser as they are essential for the working of basic functionalities of the website. We also use third-party cookies that help us analyze and understand how you use this website. These cookies will be stored in your browser only with your consent. You also have the option to opt-out of these cookies. But opting out of some of these cookies may affect your browsing experience.
Necessary Always Enabled
Necessary cookies are absolutely essential for the website to function properly. This category only includes cookies that ensures basic functionalities and security features of the website. These cookies do not store any personal information.
Non-necessary
Any cookies that may not be particularly necessary for the website to function and is used specifically to collect user personal data via analytics, ads, other embedded contents are termed as non-necessary cookies. It is mandatory to procure user consent prior to running these cookies on your website.
SAVE & ACCEPT